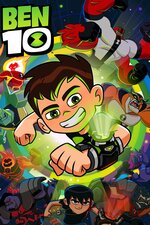 In the UK, you can stream and watch Ben 10 on Please note, is a streaming service and you may need to register or provide your existing login to watch.

Fun-loving 10-year-old Ben Tennyson is back in this reboot of the popular animated series that originally aired from 2005-2008. He sets out on a cross-country adventure with Grandpa Max and cousin Gwen during the kids' summer vacation. Things take an exciting turn when Ben discovers the Omnitrix, a watch that transforms him into 10 heroic aliens. That opens up to him a new world full of extraterrestrial superpowers. Although Ben, Grandpa Max and Gwen use Ben's new powers for good, that doesn't mean he can't use them to get into some occasional superpowered mischief.