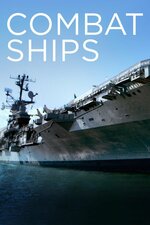 Some of the greatest warships have gone on to shape the history of the world and have even pushed their crews into unbelievable and incredible acts of bravery. The series looks at the very first submarine, which is rumoured to have lurked beneath New York harbour during the Revolutionary War; the smaller ships that rescued thousands from Dunkirk; and the destroyer in the Cuban Missile Crisis. Over the years, conflicts and wars have prompted extreme advances to ship designs, and now they are faster, stronger, and smarter than ever before.