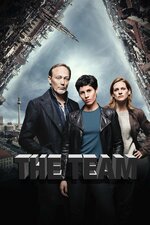 This multilingual crime-drama follows a group of European investigators working together to tackle crime in major cities across Europe. Their journey begins when three prostitutes are found murdered, all in the same way, and all in different countries. However, as the case evolves, the detectives also face personal battles as old demons resurface and new wounds are opened. They must cooperate with each other quickly if they hope put an end to the sprawling, organised criminal network and bring justice to the victims and their families.