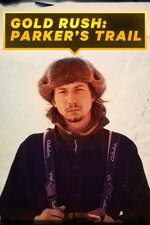 Find out where to watch Gold Rush: Parker's Trail tonight at the UK Streaming Guide

Despite striking it rich mining in his home state of Alaska, `Gold Rush' star Parker Schnabel isn't satisfied. He's always wondered if he could follow in the footsteps of his forebears and take on the legendary Klondike Gold Rush trail. Wonder no more. In honour of his family - especially his beloved grandfather, who always inspired him to push beyond his limits - Parker attempts to mimic a journey that killed thousands of brave souls in the late 19th century. As winter closes in, he begins the trek across the Coastal Range and works his way to the fabled goldfields of the Klondike. He's joined by his foreman, Rick Ness; wilderness guide Karla Ann, who once worked with Parker as a rock truck driver; and cameramen James Levelle, who has known Parker for years.