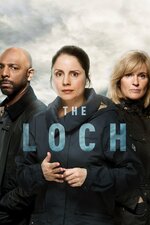 The majestic vastness of Loch Ness and the wild majesty of the Scottish Highlands form the setting for this six-part murder drama, in which local detective Annie Redford, played by `Breaking Bad' and `The Missing' star Laura Fraser, is faced with the formidable and unnerving task of solving her first murders and catching the killer. The body of a local man and a solitary human heart are found at the foot of Carn Mohr Mountain and the the loch shore, raising fears in the tightly-knit local community that a serial killer walks amongst them. Along with the help of forensic profiler Blake Albrighton, Annie will investigate as several local figures come under suspicion, in a bid to stop the killer before more victims are claimed.