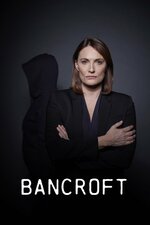 Written by Kate Brooke, creator of `Mr Selfridge', `Ice Cream Girls' and `The Making of a Lady', `Bancroft' tells the story of respected and dedicated police officer DCI Elizabeth Bancroft. Trusted and admired by her colleagues, she is aiming for a promotion to Detective Chief Superintendent, which looks to be certain. DCI Bancroft is targeting the violent Kamara gang, whose leader, Athif, is a cruel bully who controls the town of Bolton by means of fear. When the Kamara's decide to to get involved with illegal arms dealing, things take a turn for the worst. However, when an ambitious fast-tracked recruit joins the force and takes on a cold case, secrets and ghosts from Bancroft's troubling past resurface and threaten everything.