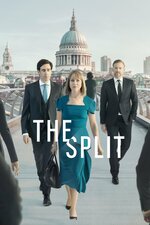 BBC One and Sister Pictures's series introduces the Defoes, a family of female divorce lawyers known for dominating their field in the ruthless and fast-paced world of London's divorce law circuit. At each step, viewers are met with an authentic and compelling look at how four very different women attempt to hold their ground in all areas of their lives - from their own relationships, to their careers, and the surprise return of their estranged father after a 30-year absence.