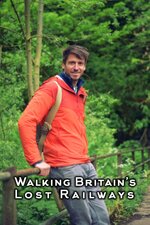 For years, railways have linked people across the whole of Great Britain and the charms of the British landscape are best captured through the window of a train as it rolls through the countryside. However, in the 1960s, a significant proportion of the railway network was closed, and these railways lines have since remained lost and forgotten. Rob Bell sets out on a journey to uncover six of these forgotten lines to discover their history and the new life that has been created from their remains as he explores Britain in a uniquely different way.