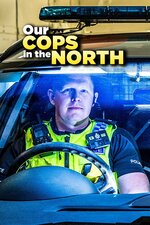 Our Cops in the North

`Our Cops in the North' is BBC One's reality crime series which showcases the dramatic stories of the Northumbria Police Force. The series show the relationship between the Police Force and the victims of crime that they meet, which allows for dramatic, emotional, and characterful stories of these people. All different kinds of crime are featured, from a knife-point robbery to car theft, to a crime gang causing havoc, requiring an undercover task force to be rolled out.