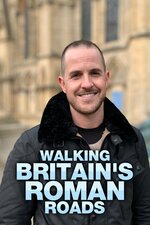 Historian Dan Jones traces the story of Britain's Roman past by following six of their famously straight roads. Meeting experts and historians en route, Dan discovers how the Romans used their roads, first to conquer the land, and then to import their religions, crafts, building techniques and trade goods. While they were importing their own beliefs, Dan also explores how they also absorbed native traditions and later endorsed the establishment of Christianity.