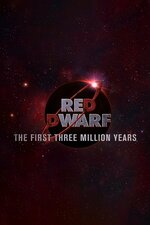 Find out where to watch Red Dwarf: The First Three Million Years tonight at the UK Streaming Guide

Cast, crew and celebrity fans come together to celebrate cult sci-fi sitcom `Red Dwarf' in this retrospective documentary, which goes into more depth than any previous exploration of the show. From reminiscing about the show's earliest days, in which it was almost cancelled before launch, to looking at the evolution of the set design, sharing never-before-seen footage, and hearing some of the cast's fondest memories of working together, this documentary miniseries tells the story of `Red Dwarf' in the words of those who created it, for all the fans who loved it.