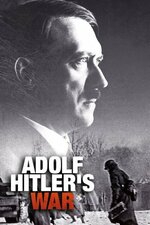 A moving and dramatic perspective on the bloodiest and most influential conflict in history. Hitler was determined to extend Germany eastwards to make Germany a great continental power and realise his dreams of lebensraum, or living space, for the German people. Based on a racist ideology, Hitler planned to eliminate or enslave the population that stood in the way of the Reich. Coupled with the belief that only violence can win power, the attempted realisation of this ideology propelled the world into war.