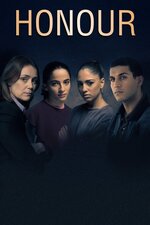 A drama miniseries based on a real-life true crime story, `Honour' follows DCI Caroline Goode as she investigates the murder of a British-Kurdish woman, Banaz Mahmoud. When Caroline first takes on the case, she discovers Banaz had previously been to the police five times to report death threats from members of her family, yet these claims were never investigated. Since police failures have resulted in a death and faced with mounting public pressure, Caroline begins to delicately unravel an intricate web of lies,deceit, family relationships and cultural differences.