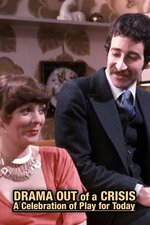 Drama out of a Crisis: A Celebration of Play for Today

Find out where to watch Drama out of a Crisis: A Celebration of Play for Today tonight at the UK Streaming Guide

`Play for Today' was a series of single dramas broadcast by the BBC between 1970 and 1984. These were years of crisis, a time when the consensus politics of Britain's postwar world had begun to unravel. Industrial relations, education and the health service faced fundamental challenges, the country was struggling with the end of empire, and the personal had become increasingly political.