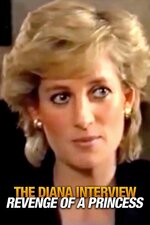 The Diana Interview: Revenge of a Princess

Add to my Watchlist
Find out where to stream and watch The Diana Interview: Revenge of a Princess at the UK Streaming Guide

Twenty-five years ago, a stunned nation watched as Diana, Princess of Wales poured her heart out on national television. She revealed a royal marriage in crisis, infidelities on both sides and a degree of personal misery that had made her seriously ill. We hear from those who witnessed the marriage descend into tragedy and, through previously unseen documents and footage, as well as eyewitness testimony from inside the room, discover how and why the extraordinary interview came about.