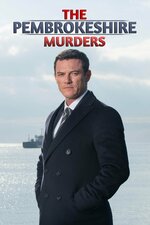 What are known to some as the Coastal Path Murders, Pembrokeshire's most notorious set of unsolved crimes, are reinvestigated. Detective Superintendent Steve Wilkins and all of the key people involved reveal how justice was finally able to be served. Due to advances in forensic science and a new detective team, the brutal killer John Cooper was prosecuted twenty years after the crimes were committed. Each person involved reveals their role in finalising this case that spanned two decades.