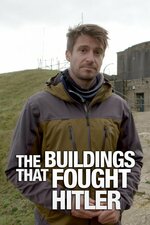 The Buildings That Fought Hitler

During World War II, the British Army strategically built or reinforced a series of structures consisting of over 26,000 buildings to form a formidable line of defence against an expected German invasion. In this documentary series, engineer Rob Bell travels across the UK to investigate these various structures, from coastal defences, to secret bases, and to the GHQ lines, to uncover their mysterious secrets, functions and purposes in the war effort. Using a mixture of archive photography, expert interviews, and first-hand testimony, the series shines a light on what was considered to be the last chance of defence to protect the British people.