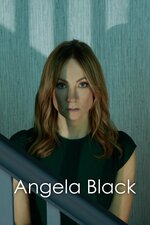 Angela Black is now available to stream and watch online:

Angela Black seems to be living her best life. She is married to a hard-working family man, has two sons and lives in lovely suburban London. However, Angela's picture-perfect life is hiding a terrible truth: she is suffering daily abuse from her controlling husband Olivier, and cannot escape him. Angela is then approached by a private investigator, Ed, who reveals all of Olivier's sinister secrets to her. She must decide to either endure her husband's abuse or trust Ed, and fight for her freedom.