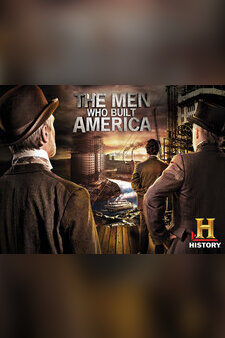 The Men Who Built America

As the nation attempts to rebuild following the destruction of the Civil War, Cornelius Vanderbilt is the first to see the need for unity to regain America's stature in the world.