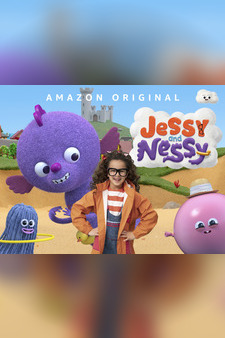 How Can We Make LATER... NOW? Why Is the Sea So Wavy Today?

Jessy, Nessy, Squiggles and Dollop are waiting for Later, because that's when Great Grandmonster is going to bring them to the beach. But when will it be Later? And how will they know? Jessy, Nessy and Knock are on the beach trying to build a sand apartment building, but it keeps getting knocked down! They realise it's the waves, so set off to discover why the waves are so wavy today?