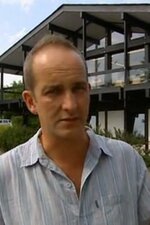 David and Greta Iredale are seasoned builders. They built their first house in 1956, their second, nine years later. Having lived in it for 40 years, the timber house they designed themselves, began to rot away, so they decided to pull it down and replace it with a prefab. However, this was no post-war flimsy prefab. This was a solid, German built, precision-engineered Huf Haus.