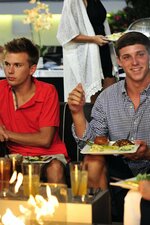 Comedy reality series. After 18 years of counting down the days, Chase is finally 18! When he tells Todd that he will no longer follow the house rules such as a curfew, Todd decides it is time to give his son a dose of reality and show him what it's really like to be an adult.