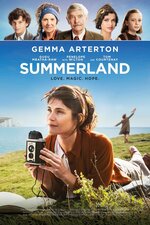 During World War II, reclusive writer Alice has her sequestered life upended when Frank, an evacuee from the London Blitz, is left in her care. Despite initially resolving to be rid of him, Alice finds herself and her emotions reawakened by him.