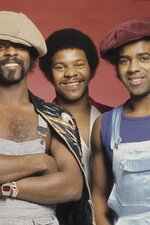 Everything: The Real Thing Story

Add to my Watchlist
Find out where to stream and watch Everything: The Real Thing Story at the UK Streaming Guide

Dubbed "the black Beatles" by the British tabloids, the four lads from Liverpool recount their incredible story from the tough streets of Toxteth to the bright lights of New York. A journey of international stardom as Britain's pioneering million-selling soul and funk band. Against a backdrop of prejudice and political turmoil in the 1970s, The Real Thing were the first all-black British band to hit #1 in the UK pop charts.