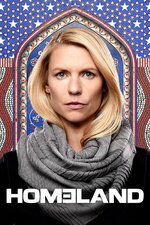 When Marine Sgt Nicholas Brody, who had been missing in action, gets a hero's welcome upon his return home following eight years in enemy captivity in Iraq, brilliant-but-volatile CIA agent Carrie Mathison doesn't buy his story. She thinks Brody has turned, is now working for al-Qaida and may be connected to a terror plot to be carried out on American soil. She then engages him in a dangerous game of cat and mouse that has America's national security at stake. But Carrie's questionable investigation methods land her in hot water with Saul Berenson, her longtime mentor in the CIA, who has gone to bat for her more than once but may now be alienated by her current investigation.