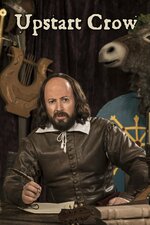 As part of the BBC Shakespeare Festival 2016, this comedy series celebrates the life of William Shakespeare, 400 years after the acclaimed writer's death. The leading role is played by David Mitchell, while Harry Enfield and Paula Wilcox star as the playwright's parents. Beginning in the year of 1592, Shakespeare's life is about to take an interesting turn. Influenced by his family, friends, and profession, the bard begins to write the stories that will become legendary. Shakespeare finds inspiration from unlikely sources for the character of Romeo, his sonnets get him into trouble with wife Anne Hathaway, and three witches predict his success.