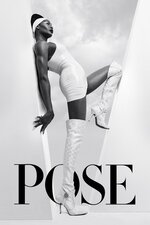 Set in the 1980s, `Pose' is a dance musical that explores the juxtaposition of several segments of life and society in New York: the ball culture world, the rise of the luxury Trump-era universe, and the downtown social and literary scene. Blanca forms a `house', a self-selected family that provides support to LGBTQ youth who have been rejected by their birth families. Damon is a dancer who joins Blanca's house. Together, they compete in the balls -- where house members challenge each other in various categories and are judged on their outfits, attitude, or dance skills -- against Blanca's former house mother, Elektra. Pray Tell is Godfather to the children who compete in the balls. Angel is a streetwalker who develops feelings for a new client, Stan, who has a loving wife, Patty. James Van Der Beek co-stars as Stan's boss, Matt.