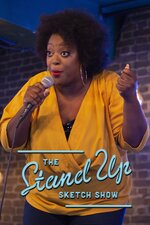 The Stand Up Sketch Show

`The Stand Up Sketch Show' is a new approach to stand up and sketch comedy, featuring established routines by some of the nation's most popular comedians alongside brand new material from Britain's up and coming talent. Each sketch starts on stage with a comedian telling their story, before it transforms into a surreal dramatisation of the material with the comedian playing themselves alongside comedic actors and all dialogue being lip-synced. Each episode features eight to ten sketches of varying length and with many beats and bits coming from all sides. Some of the comedians taking part in the show include Seann Walsh, Joel Dommett, Russell Kane, London Hughes and Suzi Ruffell, alongside many, many more.