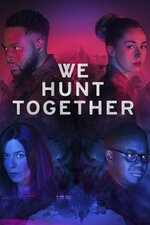 Freddy and Baba are a deadly duo, drawn together by violence and the dark past that haunts each of them. Freddy is a beautiful and intelligent woman who uses her charming charisma to disguise her psychopathic nature. When he meets Freddy, Baba is a former child soldier who is trying desperately to leave his violent past behind him, yet she brings it back up to the surface. At the same time, DS Lola Franks and DI Jackson Mendy are new partners thrown together to investigate a high-profile murder case and catch the killers before they strike again.