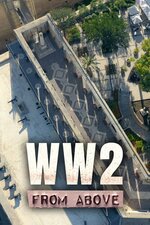 World War 2 from Above

Historians and military experts re-examine the key battle sites of World War Two by using footage captured by drones. From the coasts of the Mediterranean to the forests of Poland, and the cities of Europe, many places still bear the battle scars of the conflict. From submarine wrecks tin Malta to a top-secret research base in Scotland, historians use drones and 3D modelling to take a closer look at places shaped by the war. In the process, the experts make new discoveries and reveal untold stories.