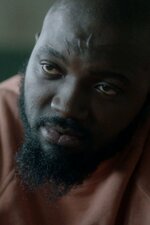 After his conviction for killing a police officer, Alex Leko is in a maximum-security prison and has managed to fit in with the toughest inmates, led by Haze, who is the leader of a criminal network on the outside. When Frida Kanto of the Organised Crime squad asks Alex to be an informant, he initially refuses. But Alex has a parole day due and Haze, who believes his brother Samson is out of control, wants Alex to accompany Samson to meet a cocaine distributor.