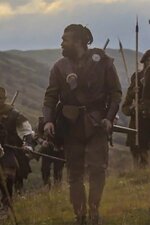 Blood of the Clans

The Year of Victories

When the Scottish Parliament, led by the Chief of Clan Campbell, declares war on Charles I, clans loyal to the King rise up in rebellion. At the heart of this epic struggle lies an ancient feud between the Campbells and the MacDonalds, and all hell is unleashed as the Royalist clans use the war to wreak bloody vengeance on their rivals in an epic conflict that threatens the stability of the newly emerging British state.