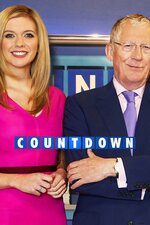 In this game show, two contestants compete against each other and the clock in a battle of wits that tests both their lexical dexterity and numerical knowledge. In the letters round, the contestants must find as many words as they can from nine letter tiles on the board, with longer words being worth more points. In the numbers round, contestants must use addition, subtraction, multiplication and division to come as close to a randomly generated, unknown target as possible using any of six numbered tiles. It's back to letters for the final round, the conundrum, during which the contestants must figure out what nine-letter word is represented by a nine-letter anagram shown on the board. The contestant who has the most points at the end of the conundrum round is declared the winner.