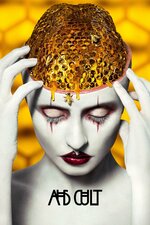 Find out where to watch American Horror Story: Cult tonight at the UK Streaming Guide

The award-winning anthology series returns for a seventh instalment, which satirizes the 2016 U.S. presidential election and follows its effects on a community ripped apart in the aftermath. In one corner is Ally, who co-owns a restaurant with her wife. Distraught after voting for a third-party candidate, Ally's array of phobias pre-election are now getting worse, to the point where she's hallucinating about such horrors as knife-wielding lunatics in clown costumes. Or are her visions real? Meanwhile, across town is Kai, a manipulative psychopath who rejoices at the election results and begins his own pursuit of political power by recruiting several people to become members of his cult. Kai is Ally's worst fear, and her weakening grasp on reality produces tragic consequences.