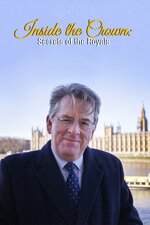 Inside the Crown: Secrets of the Royals

Add to my Watchlist
Find out where to watch Inside the Crown: Secrets of the Royals tonight at the UK Streaming Guide

A behind-the-scenes look at the reign of Queen Elizabeth II from the Coronation to the present, featuring rarely seen footage, and insight from historians, royal insiders and eyewitnesses. Much has changed over the course of decades since the Queen ascended the throne, from changes in Britain and the Commonwealth, to rifts in the royal family. With interest in the royals as intense as ever, each episode considers the trials and tribulations of the Queen's reign and examines the future of the royal family.