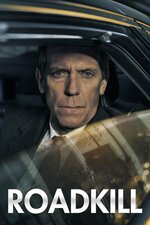 Minister Peter Laurence may represent the future of the Conservative party in the public eye, but behind closed doors, his political career is in serious jeopardy. Known for being charismatic but ruthlessly self-interested, his political schemes and intrigues have left him in a difficult position where he has made many enemies. However, never has his grip on power been as precarious as now, when a series of public revelations about his past cast doubt on his future. Peter is unfazed as he seeks to further his agenda and bring down those who plot against him.