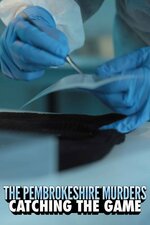 The Pembrokeshire Murders: Catching the Game

Add to my Watchlist
Find out where to stream and watch The Pembrokeshire Murders: Catching the Game at the UK Streaming Guide

The real-life story behind the ITV drama The Pembrokeshire Murders. For the first time, all the key people who brought serial killer John Cooper to justice reveal their role in this extraordinary case. After brutally murdering four people in Pembrokeshire, Cooper eluded prosecution for the crimes for 20 years until a combination of a new detective team and advances in forensic science finally brought him to justice in 2011, when he was convicted for the killings.