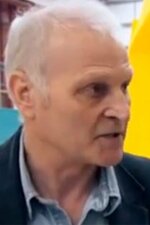 Kevin revisits Alan and Judith Dawson who in 2009 began constructing their prototype, prefabricated home in west Cumbria. As well as creating a unique place to live, Alan was out to prove that the building system he'd spent 22 years developing actually worked. If he succeeded, the ambition was always to build more of them and save his recession-hit steelwork company.