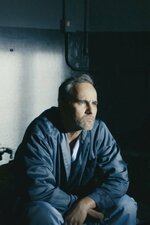 The theories, conspiracies and facts relating to Rudolf Hess's dramatic flight to Scotland in 1941 and his subsequent death in Spandau prison.