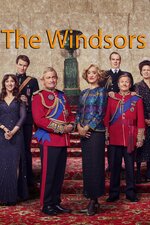 Written by the co-creators of `Star Stories', this comedy soap opera is a parody of the lives of the British royal family. The all-star cast features Harry Enfield as HRH Prince Charles, Haydn Gwynne as the Duchess of Cornwall, and Hugh Skinner as Prince `Wills' William. Sketches are influenced by the headlines and gossip columns surrounding the famous family. The lives of the characters take a comic twist as numerous storylines are played out, including Wills's struggle with the idea of being the future king.