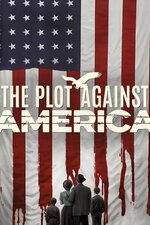 The Plot Against America

An alternate American history during World War II is told through the eyes of a working-class Jewish family in New Jersey as they endure the political rise of Charles Lindbergh, who captures the presidency and turns the nation toward fascism.