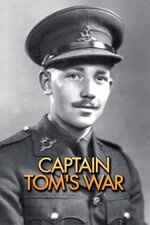 NHS fundraiser and new national treasure Captain Tom Moore marks 75 years since VJ Day and the end of World War Two. He looks back on his time during the war in the brutal Burma campaign, and he honours the soldiers who fought in what has since become known, with so much focus on the European battlefront and on VE Day, as `The Forgotten War'.